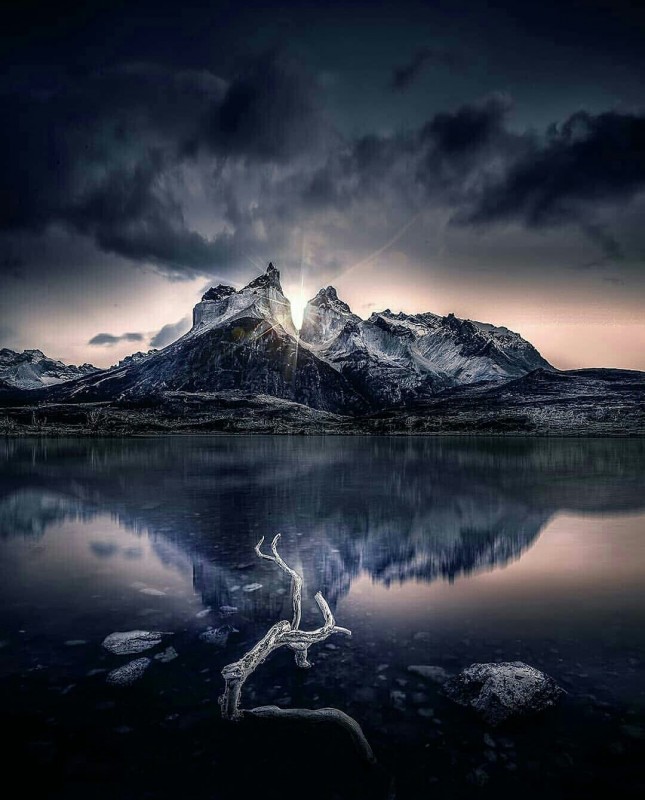 Torres del Paine National Park is a national park encompassing mountains, glaciers, lakes, and rivers in southern Chilean Patagonia. The Cordillera del Paine is the centerpiece of the park. It lies in a transition area between the Magellanic subpolar forests and the Patagonian Steppes. The park is located 112 km (70 mi) north of Puerto Natales and 312 km (194 mi) north of Punta Arenas. The park borders Bernardo O'Higgins National Park to the west and the Los Glaciares National Park to the north in Argentine territory. Paine means "blue" in the native Tehuelche (Aonikenk) language and is pronounced PIE-nay.