The Most Naturally Beautiful Countries in the World 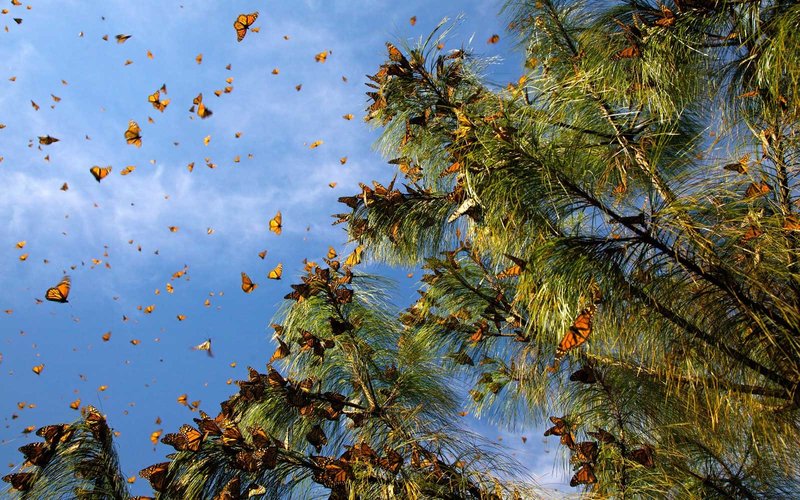 It’s no real surprise that Mexico landed close to the top of the most beautiful destinations. Between the ruins of Tulum, Sian Ka'an’s networks of tropical rainforests, marshes and mangroves and the stunning Revillagigedo Islands, there’s plenty of beauty. Mexico also has a wealth of wildlife. Check out the Whale Sanctuary of El Vizcaino and the stunning Monarch Butterfly Biosphere Reserve for a dose. 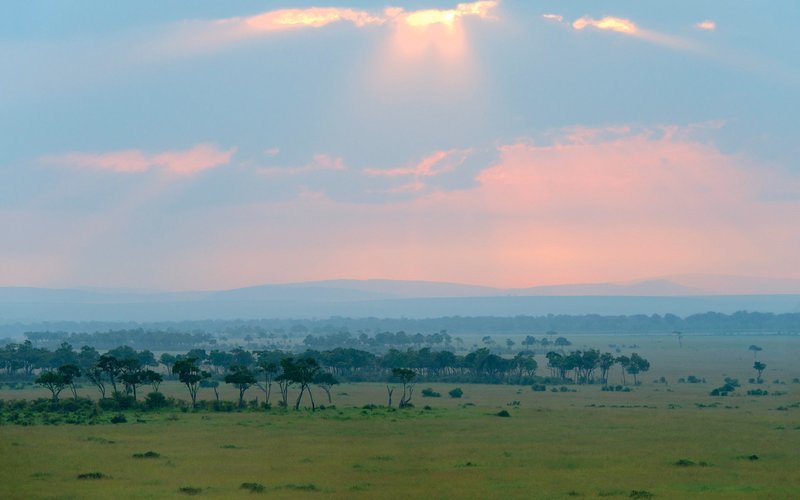 Landing in the 15th spot on the list is Kenya, and anyone who’s visited will understand why. In the southwestern part of the country, the Kenya Lake System in the Great Rift Valley is home to giraffes, kudu, cheetahs, lions, and black rhinos. Northeast of the capital city, Nairobi, is Mount Kenya, the second highest mountain in Africa, and in the north, spilling into Ethiopia, is Lake Turkana, where Nile crocodiles and hippopotamuses breed. Here's how to see the great wildebeest migration. 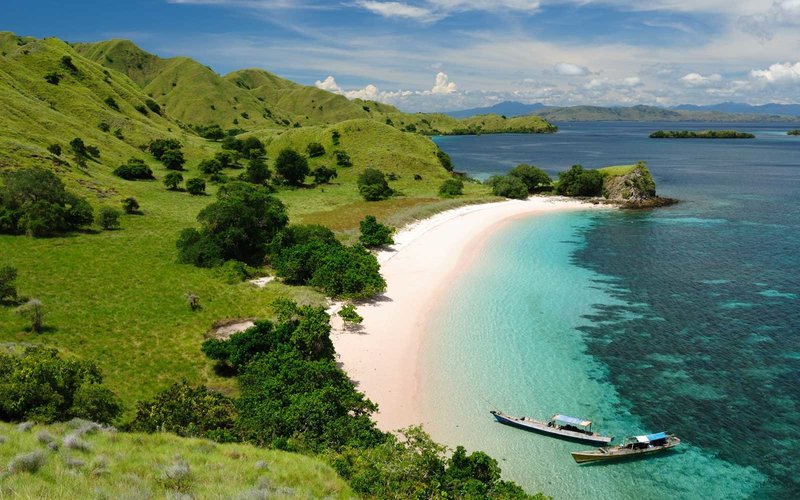 It seems logical that a country that is home to the world’s only population of Komodo Dragons — giant, aggressive lizards — would make it on the list. Komodo National Park is set on volcanic islands, where 5,700 of the lizards live. Of course, Indonesia is a string of islands, so it has much more to offer as well, from beaches in Bali to rainforests in Sulawesi. 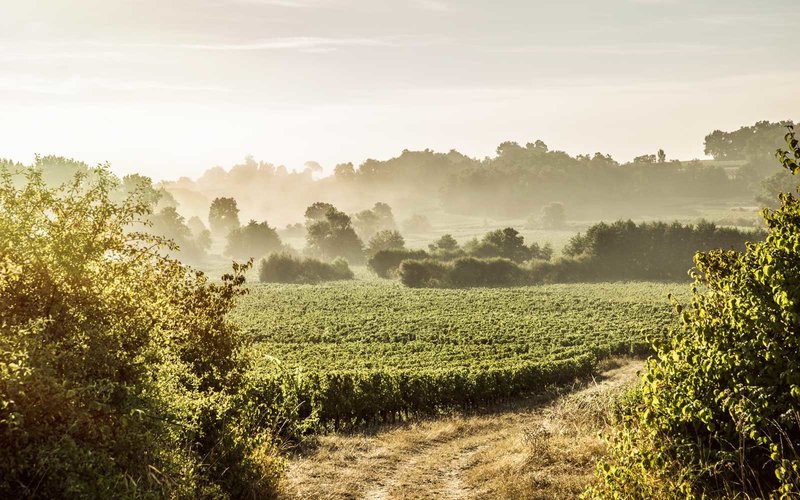 France has actually dropped five spots since the last report, but from the vineyards in Bordeau to the beaches of the French Riviera, there’s no question the country is gorgeous. And there are places outside of the mainland helping France’s rating as well: La Réunion National Park on Réunion Island, east of Madagascar, has a breathtaking combination of rainforests and cloud forests, and New Caledonia’s lagoons host an impressive collection of marine life and coral reefs. 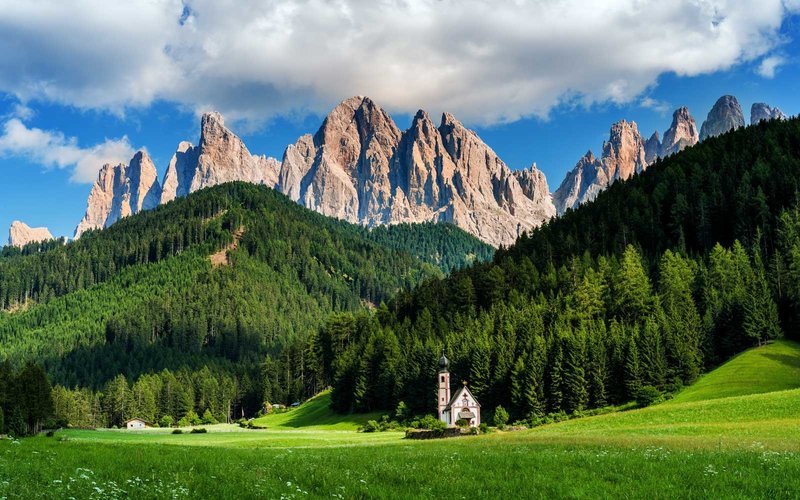 Though many travelers who visit Italy make the trip for cultural reasons (the ruins of ancient Rome, wine tours and eating pizza in piazzas are all very good reasons to visit), the country also has natural resources worth showing off. Monte San Giorgio is considered to hold the best marine fossils of the Triassic Period, and UNESCO describes the Dolomites as “the most beautiful mountain landscapes anywhere, with vertical walls, sheer cliffs and a high density of narrow, deep and long valleys.” 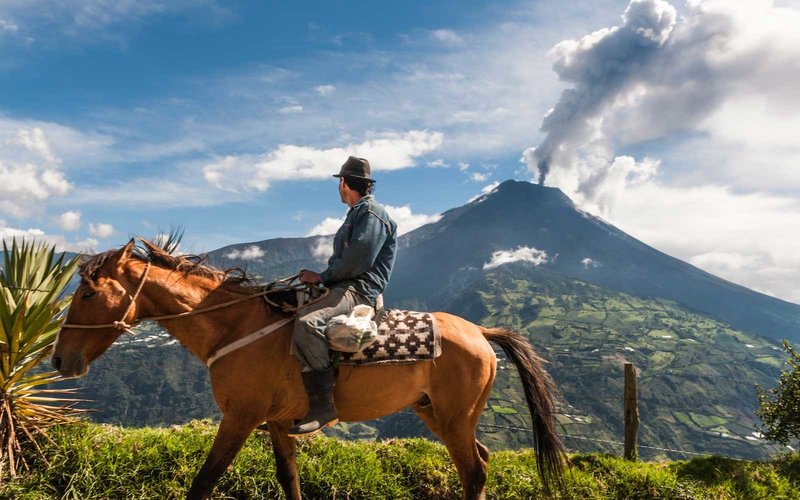 With two active volcanoes, tropical rainforests and glaciers, the sprawling Sangay National Park would have plenty to show off even if it weren’t for the fact that it’s home to threatened species, including the mountain tapir. Don’t forget that the Galapagos Islands are also part of Ecuador. The volcanic islands are home to a wide variety of endemic mammals and reptiles, and there is also plenty of ocean life. 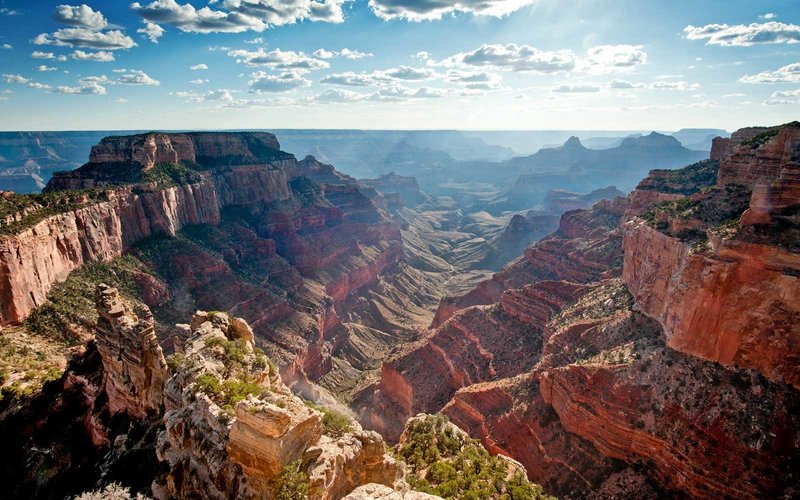 From the Redwood Forests to the Gulf Stream waters, America already is pretty great. With 58 national parks including the Grand Canyon, Papahānaumokuākea (northwest of the Hawaiian Archipelago) and Glacier National Park, you could spend a lifetime exploring and never get bored. 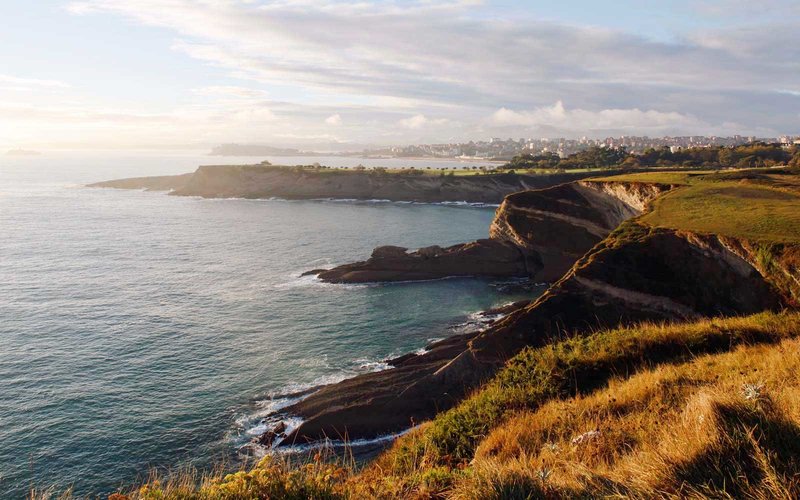 Any traveler who enjoys serious hikes has Spain’s Camino de Santiago on their list. With trails snaking across the country to the final destination in northwest Spain (one of the most popular routes runs about 500 miles), it covers some serious — and seriously beautiful — ground. Doñana National Park, where five threatened bird species live, and Garajonay National Park in the Canary Islands, which houses a huge laurel forest, are also worth a visit. 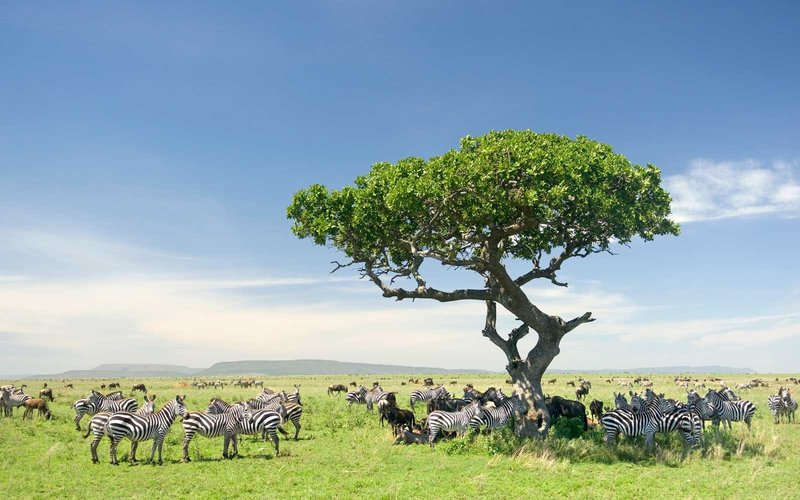 Tanzania is home to Mount Kilimanjaro, Africa’s highest mountain peak, as well as the Serengeti. In the latter wildebeest, gazelles and zebras live, and UNESCO calls their migration to watering holes while being followed by predators “one of the most impressive natural events in the world.” 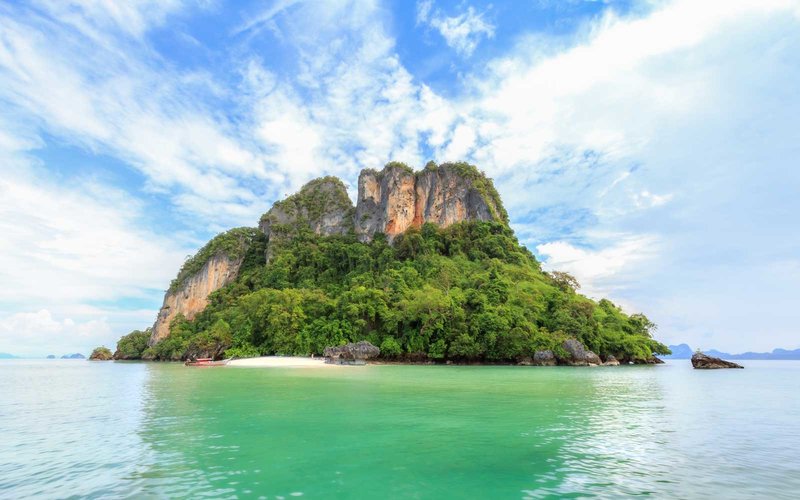 The fact that Thailand is listed in the top 10 is no surprise to anyone who has seen this country. From the stunning islands that run down the east coast in the Gulf of Thailand to the gorgeous rock formations of Krabi, there’s no shortage of beach destinations. But outside the coastal regions there is also lots to enjoy, including Thungyai-Huai Kha Khaeng Wildlife Sanctuaries, home to elephants and tigers. 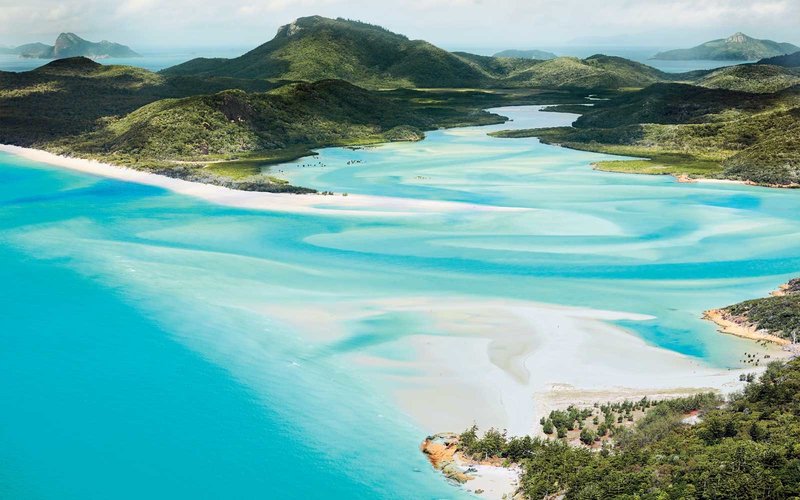 Although Australia came in at number six overall, in World Heritage Natural Sites alone, Australia comes in first. From the world famous Great Barrier Reef on the east coast to the Ningaloo Coast on the west coast, and from Kakadu National Park (which “Crocodile Dundee” made famous) in the north to the Tasmanian Wilderness in the south, Australia has incredible sites in every corner of the country. 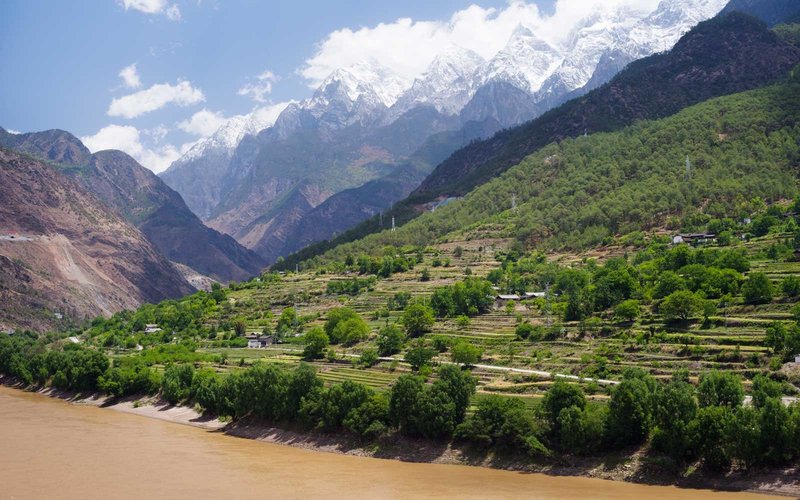 As the fourth largest country in the world, China has a head-start in encompassing tons of natural assets. Some highlights include the Three Parallel Rivers in Yunnan, and Huanglong valley, with its hot springs giving way to forests and mountains in the backdrop. We’d be remiss not to mention the Sichuan Giant Panda Sanctuaries, as well, which are home to about a third of the world’s endangered pandas. 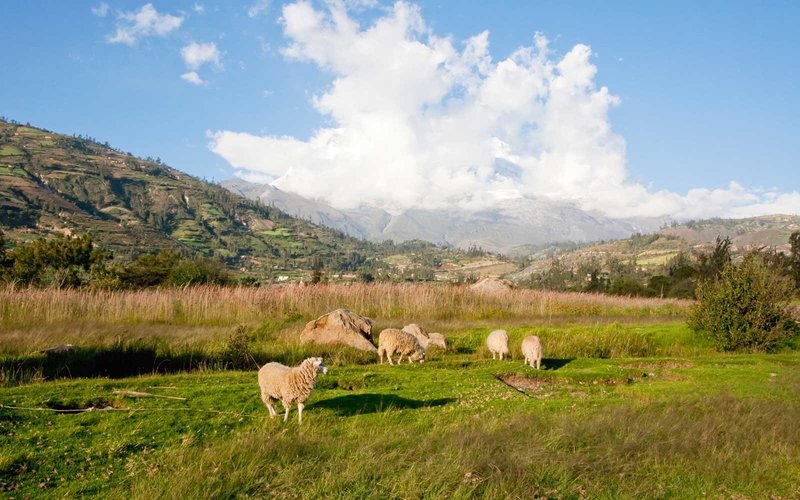 Coming in at the fourth most naturally beautiful country in the world is the home of the incredible Incan ruins, Machu Picchu. But it’s not just the world-famous sanctuary that gives the South American country bragging rights. Peru also boasts Mount Huascarán, in the world’s highest tropical mountain range, and Rio Abiseo National Park, which is home to another 36 archeological sites. 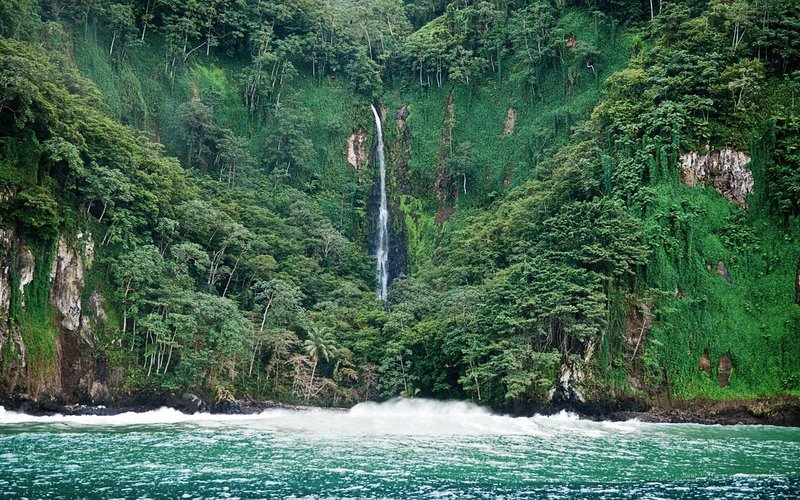 Costa Rica comes in third on the overall list, but the tiny country ranks second in natural tourism digital demand and attractiveness of natural assets. Cocos Island National Park has bragging rights for being the only island in the eastern Pacific with a rainforest, and Tortuguero National Park is known for its sea turtles. 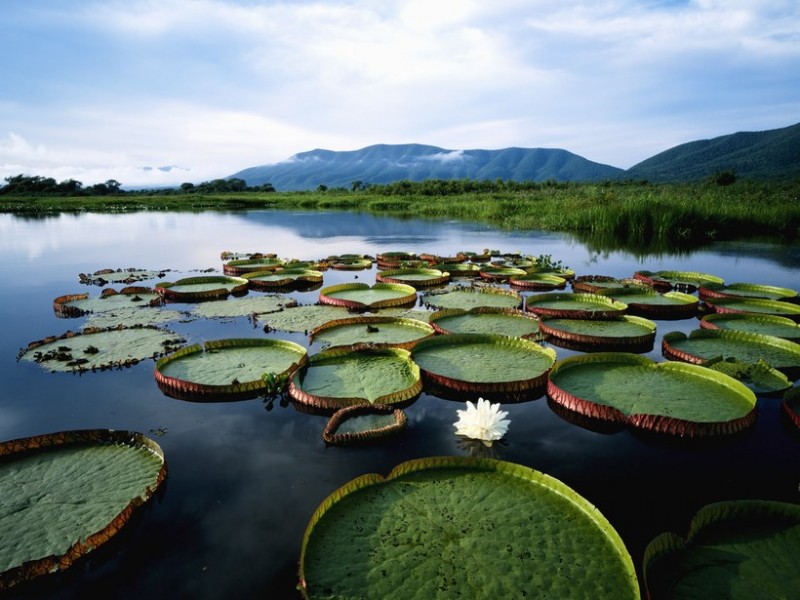 Landing the top spot on the list is Brazil, which has the most — and most diverse — natural resources in the world. From the The Atlantic Forest South-East Reserves, which comprise 25 protected areas (and is home to jaguars, woolly spider monkeys and ocelots) to the Amazon Basin, there is no shortage of splendor in the South American country.