Your next vacation might not be as expensive as you think. In some of the destinations below, the U.S. dollar will go further in 2019, with unexpectedly reasonable rates for lodging, activities, and dining; in others, I’ve unearthed hidden gems that are actually affordable. And while the cost of flights is never as low as most travelers want it to be, I’ve even found budget-friendly flights to many of these spots. Plan your next escape to one of these surprisingly cheap places to travel. 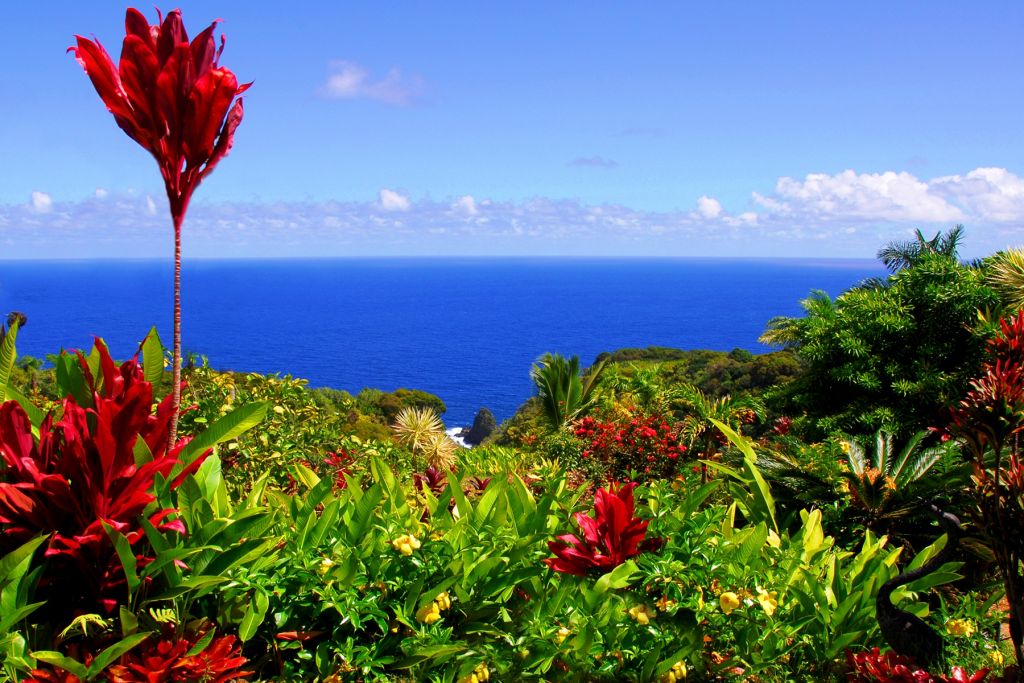 Affordable airfare is making the everyman’s bucket list trip a reality for 2019 (and we’re not just talking about flights from the West Coast). According to Airfarewatchdog, SmarterTravel’s sister site, some flights to Hawaii actually cost less than $500 from East Coast and Midwest cities in 2018. The reason? Multiple major airlines announced new routes to Hawaii, creating fierce competition for the best fares—a trend that’s expected to continue in 2019.

Hawaiian Airlines will soon offer Basic Economy fares, while budget carrier Southwest Airlines is expected to launch service to Hawaii soon. And while you can easily spend a pretty penny at luxury resorts, you can just as easily save with vacation rental properties steps from the beach.

Where to stay: Enjoy affordable accommodations at the Aston Waikiki Circle Hotel, located across the street from world-famous Waikiki Beach in Honolulu. 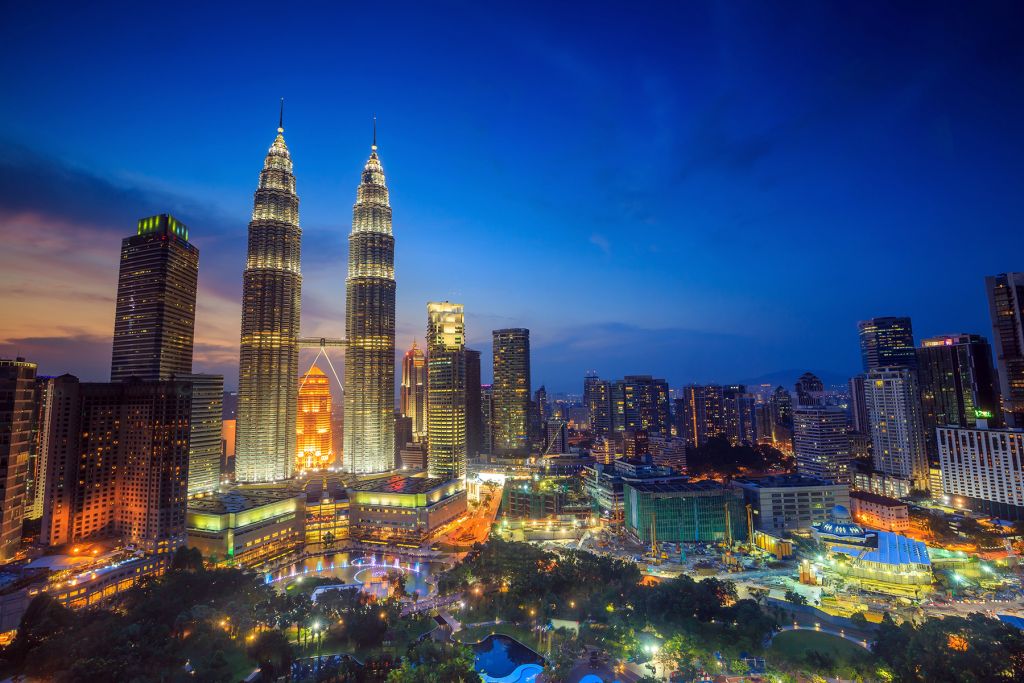 Kuala Lumpur and other parts of Malaysia offer an exotic vacation destination with a not-so-exotic price tag. “Although the country is relatively more well developed than its neighbors around Southeast Asia, the Malaysian capital has some of the world’s cheapest rates for five-star hotels,” says travel blogger Bino Chua of I Wander. You can stay at luxe hotels for under $200 a night—and at three- or four-stars for even less.

Currently, one Malaysian ringgit is equal to 24 US cents, which means your dollar will go a long way when it comes to meals and activities, too. And in many cases, you won’t even need to pull out your wallet—admission-free museums, walking tours, religious sites, and parks make it easy to save. As for transportation, “a 10- to 15-minute car ride within Kuala Lumpur will cost around $3 USD (or even less),” says Chua. If you hop on one of the purple GO KL buses, you’ll pay nothing.

Where to stay: You can regularly find rates under $100 per night at the newly opened Hyatt House Kuala Lumpur, which offers accommodations with kitchens and complimentary breakfast. 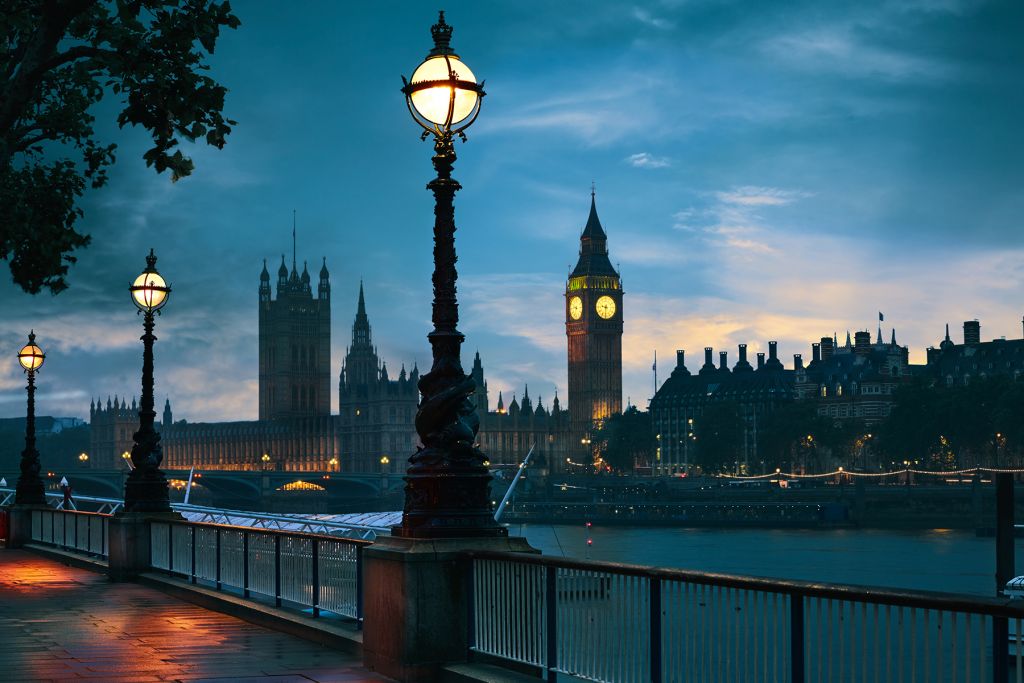 London is calling in 2019. “The fall in the value of the British pound means foreign visitors get more bang for their buck when visiting the U.K., with competitive prices on hotels, attractions, and shopping,” says Freddie Julius of Tourist England. “The U.K.’s political instability, the result of a lack of clarity in the Brexit negotiations, means this situation is likely to continue for the foreseeable future.”

Airfarewatchdog predicts more flight deals to the U.K., too, noting that airfares have been decreasing with competition from low-cost carriers and the introduction of basic economy pricing. London also offers a wealth of free museums and parks that have always made a trip across the pond a decent deal.

Where to stay: The Ibis London Shepherds Bush – Hammersmith Hotel offers above-average breakfast at no additional cost, and is about a 10-minute walk from the nearest Tube station. 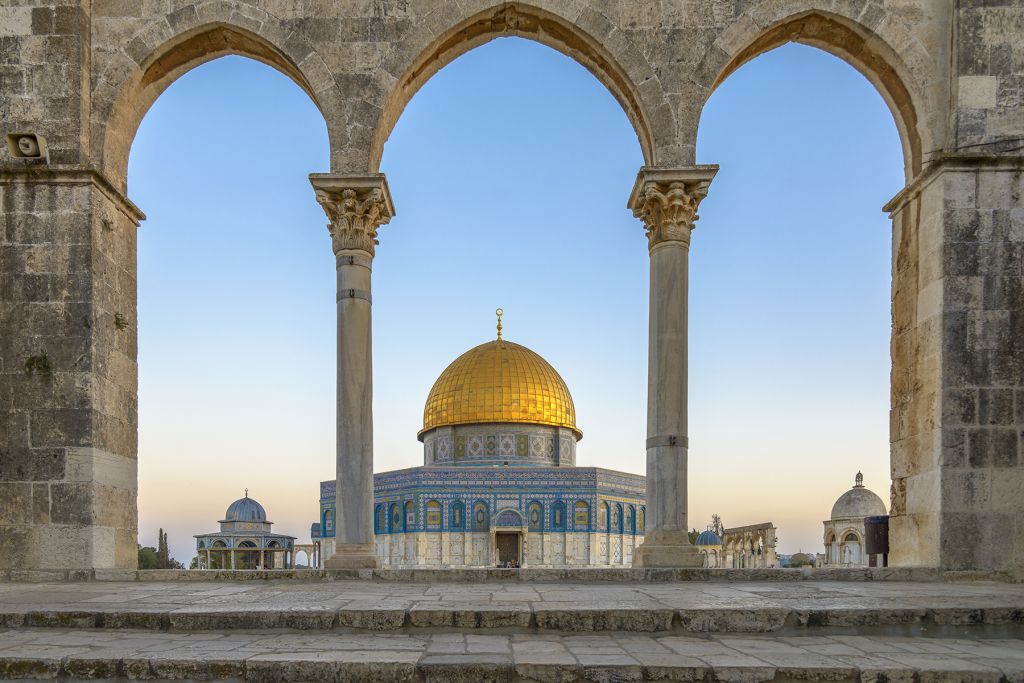 “Israel—which had its best year ever thanks to more than four million visiting tourists in 2018—meets the needs of every type of traveler, including the budget-conscious visitor, because of its delicious yet inexpensive food options, wide range of hotel choices, many free historical sites, and wonderful outdoor activities,” says Ellen Shapiro, North America PR Director for the Israel Ministry of Tourism.

Explore the ancient biblical sites and colorful flea markets of Jerusalem; stroll Tel Aviv’s vibrant neighborhoods; go for a hike and sample wine in the north; or float in the Dead Sea (the lowest point on earth) and Red Sea in the south—all of it can be done on a budget. Another way you’ll save? Many of the Holy Land’s hotels offer lavish, complimentary buffet breakfasts so you can eat shakshuka to your heart’s content (and, of course, you can fill up on cheap and delicious hummus and falafel everywhere you go).

Where to stay: Tal by the Beach Hotel Tel Aviv is a boutique hotel that won’t break the bank. Complimentary amenities include happy hours with hors d’oeuvres and bike rentals to explore the city. 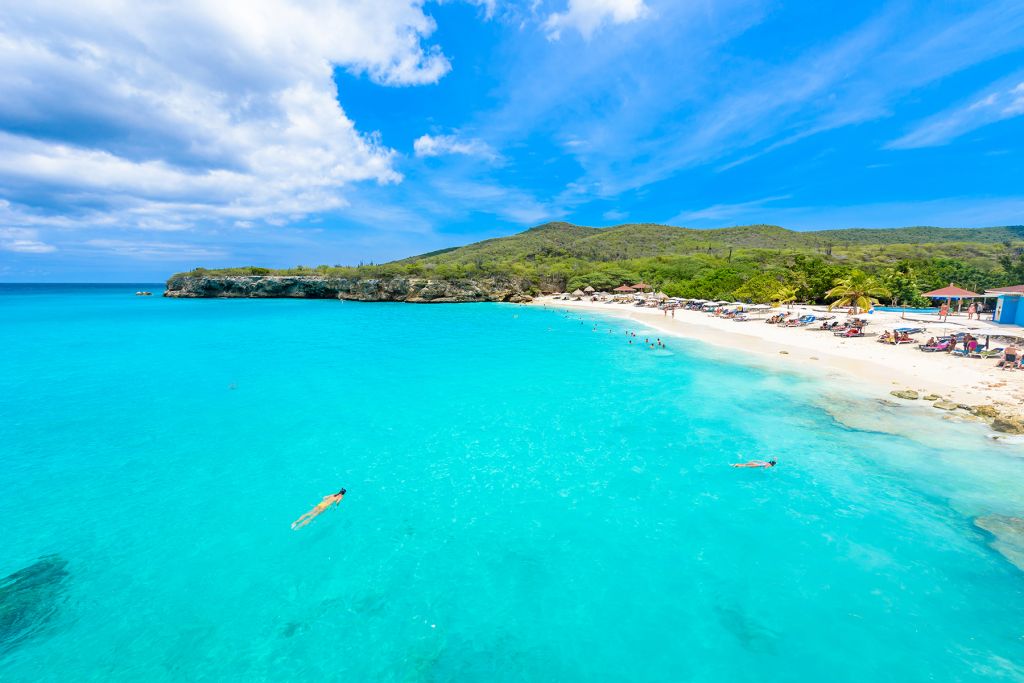 Curacao is seriously underrated, and not just because of its beautiful beaches and candy-colored capital of Willemstad, a UNESCO World Heritage Site. The Dutch-Caribbean island is also affordable, especially during the summer, when you can score round-trip flights in the $300 range from many major U.S. cities. Luxurious beachfront resorts are surprisingly affordable, too—think less than $200 per night. The food is surprisingly cheap as well, considering the island has one of the best culinary reputations in the Caribbean.

Where to stay: The Santa Barbara Beach & Golf Resort has a Four Diamond rating from AAA, yet it offers rates under $200 per night almost year-round. It also offers an all-inclusive option.
Related: 8 Dreamy Curacao Hotels for Every Type of Traveler 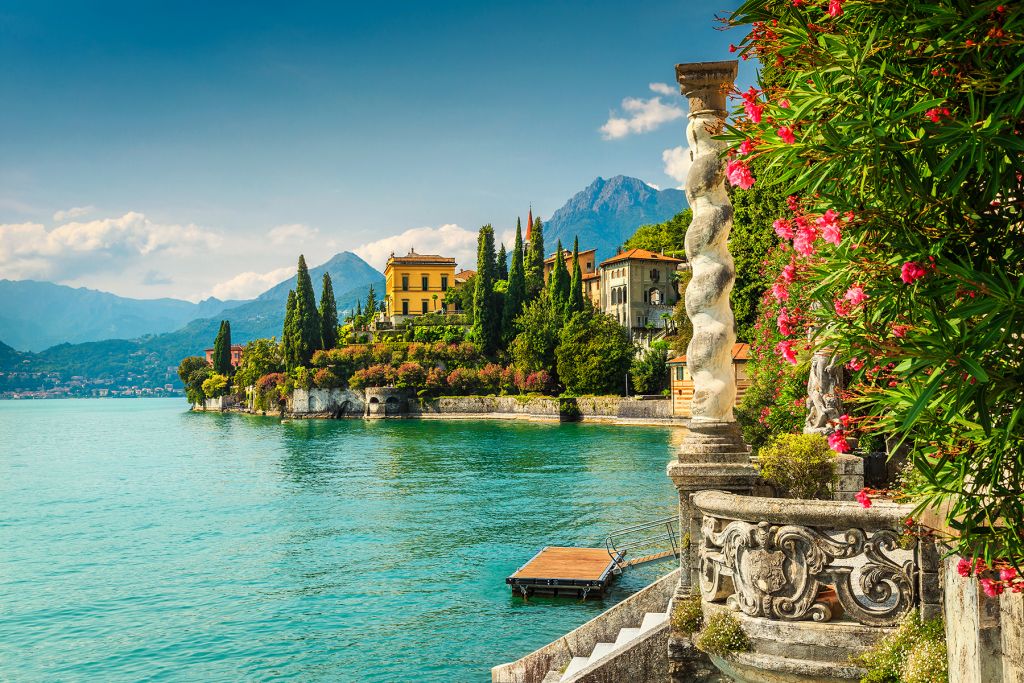 You don’t need to bring home John Legend’s and Chrissy Tiegen’s paychecks to vacation in Lake Como. Save by staying in the historic city of Como, which offers reasonably priced lodging and is the area’s transportation hub. “The Romans first identified Como as a holiday destination,” explains Shelley Clark, spokesperson for Como-based Lario Hotels. “Today, in addition to being the gateway to what many consider the world’s most beautiful lake, Como remains a world-class destination loaded with quaint charm and an impressive array of historical, cultural, retail, and dining options.”

Free and low-cost activities include exploring the nearby nature trails and fairy-tale villages that surround the lake and riding the inexpensive Como-Brunate funicular to the Brunate, the “balcony of the Alps.” You can even enjoy a bit of luxury for less at the Lido di Cernobbio, which offers a glamorous poolside experience for less than $25 per person.

Where to stay: You can find reasonable nightly rates at the hip Posta Design Hotel, located in Como’s medieval old town just a short stroll from the waterfront promenade. 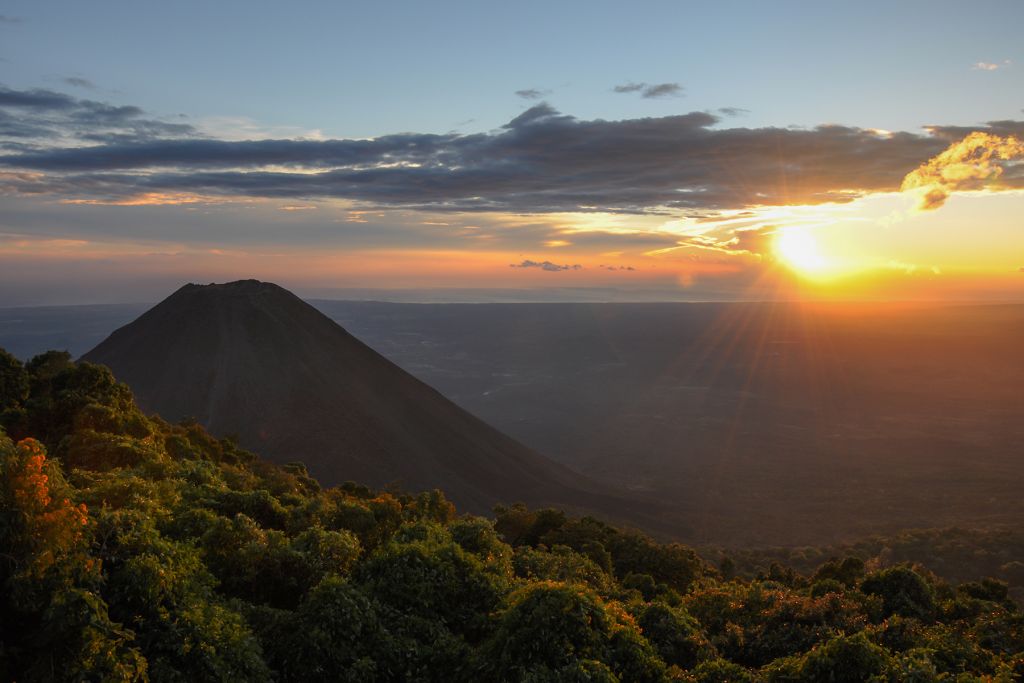 Did you know the official currency of El Salvador is the U.S. dollar? Not only does this take the guesswork out of budgeting for a vacation, but everything is also very affordable in El Salvador, Central America’s smallest country. Admission to two of the country’s most famous sites—Joya de Cerén, a UNESCO World Heritage Site (known as the “Pompeii of the Americas”), and San Andrés, a pre-Colombian site—costs less than $5.

Where to stay: The luxe Sal & Luz Hotel comes at a reasonable price, with a quiet location and fabulous on-site restaurant. 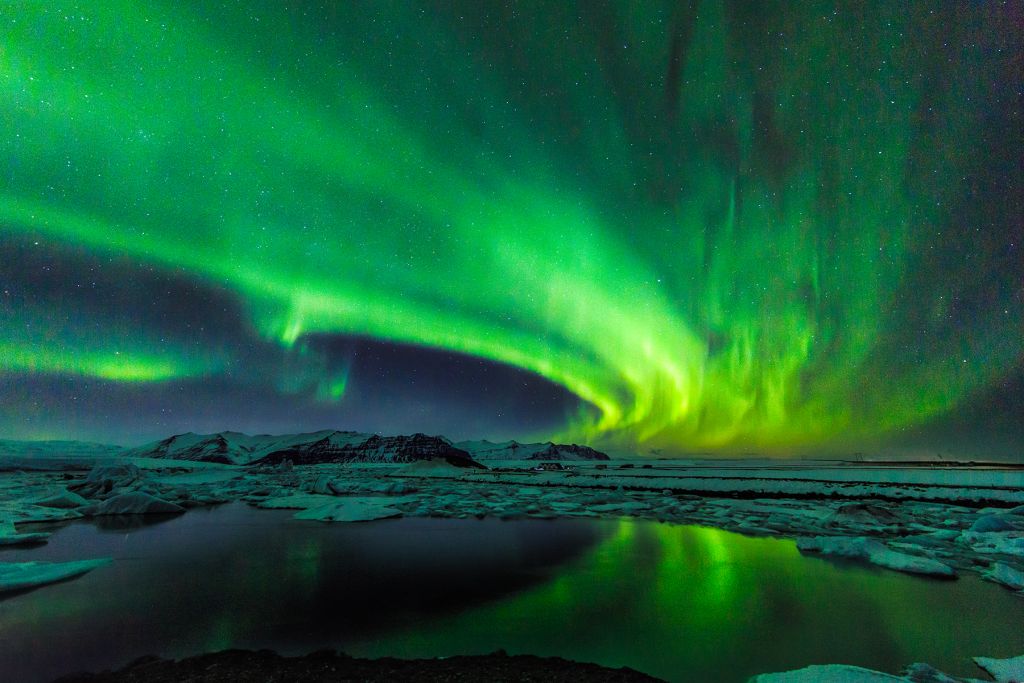 While Iceland is a relatively short flight from the East Coast, its pricey reputation has also kept many travelers at a distance. But that should change in 2019. “Right now, the U.S. dollar is worth 20 percent more than it was in early 2018,” says Mero Geesey of Carpe Mundo, a travel agency that specializes in Iceland. “There have also been a lot of new hotels and guesthouses that have opened up within the last year, and several new tour operators offering glacier hikes, snorkel tours, and more.”

Hidden Iceland, for example, provides travelers with intimate alternatives to overcrowded and overpriced experiences. “Instead of the Blue Lagoon, you can explore an ice cave as part of a two-day trip to a glacier lagoon that also includes searching for the northern lights,” says Ryan Connolly, cofounder and marketing manager of Hidden Iceland. “In the spring, travelers can play with newly birthed lambs at an authentic farm guesthouse.”

Where to stay: About an hour outside of Reykjavik, Lambastadir Guesthouse is located on a farm and features an outdoor hot tub and sauna.